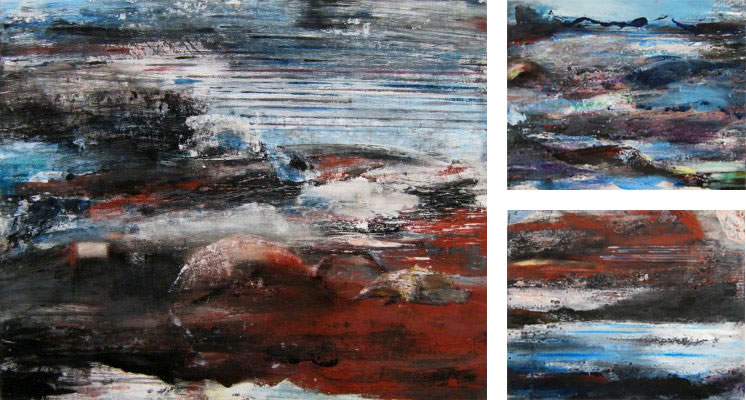 Performance "Eggs and Hopp" by Christian Schmidt-Chemnitzer at the opening

Angelika Sigges paintings are an expression of inner processes:

"A fleeting impression somewhere, even an acoustic one like from music, or a falling leaf, a glance at something, can spontaneously and unexpectedly be transformed into shapes, structures and outlines. I let everything develop without a rigid plan. The shapes, rhythms and colours carry on in our imagination beyond the limits of the canvas. The single image is only a fraction of a bigger encompassing picture."

Born 1965 in Detmold. After finishing her apprenticeship as a decorator she studied visual communication in Bielefeld. Lives in Berlin since 1999. Working stays 1990 in New York and 2002 in Budapest, solo and group exhibitions in Berlin, Bielefeld and Minden since 2001.