Exhibition in the context of Pictoplasma Character Walk 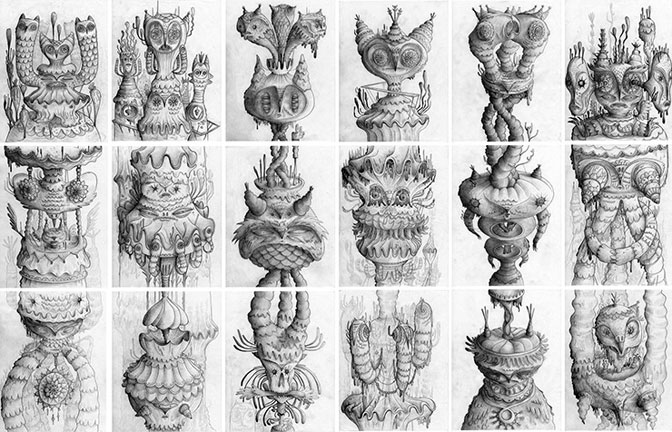 "Nathan Jurevicius merges Lithuanian mythology and the traditional 'sakotis' cake, a tree-shaped pastry served at celebrations, to conjure up visions of an ancient, decaying temple. He unfolds a complex series of drawings that are another incarnation of his ever-expanding Peleda universe, a world of nature spirits, amber energy, and his main protagonist Giltine, Queen of the Owls."