Kirill Agranovsky: The lines of approach 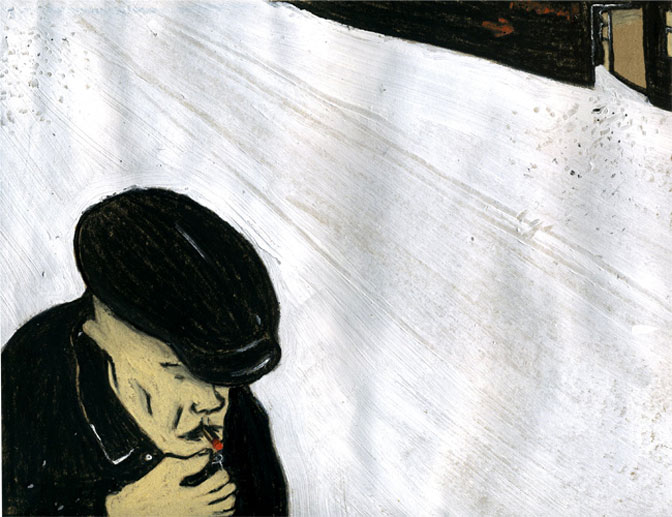 "In 1991 I returned home after military service. A month later, I bought a Krasnogorsk 16mm film camera. In September, my friends and I gathered near the Obuhovsky Oborony Prospect and began shooting a film. Then, we continued shooting in Avtovo, in December. It was cold, everyone was freezing. The film kept tearing. At some point, some people came out from behind a train car and told us that shooting was forbidden. We didn't gather again.

The wardrobe in my room was chock full of developed film. My friends were asking me about the film we were going to make. When I reviewed the material, it became clear to me that the story we had in mind would not work out, and that it would be impossible to create something with a unified plot. My friends kept nagging me. So I tool a scalpel and some scotch tape, turned off the light in the room, and began to slowly cut the film into pieces which could then be put together. Come summer, the film was finished. Instead of the hour we expected, it was 7 minutes long. After watching it, we went out and bought some vodka without saying a word. There was the feeling that I had betrayed everyone.

Fifteen years later, each frame of the film was used as a basis for graphic works."

...the complete essay on Kirill Agranovsky as PDF